Boston balaji and prakash have started a blog digest in tamil called gilli.Check it out.

Outlook has an intresting article on protest against coke by the michigan university students and its indian connection.

When students of the University of Michigan returned from their winter break this week, they found the vending machines on their campus having no Coca-Cola products.
The discovery sent a round of cheers among students who have been campaigning against Coke for allegedly causing environmental pollution in India (a court case is on in Kerala) and following dubious labour practices in Colombia.

Their sustained campaign, under the aegis of the Coalition to Cut the Contract with Coca-Cola (CCCC), yielded result as the varsity suspended the purchase of Coke products beginning January 1, in the process joining a band of over 10 academic institutions in the US to have imposed such a boycott.more 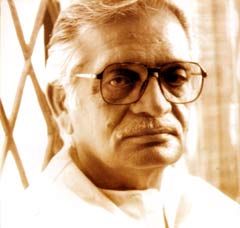 Gulzar, Gulzar, Gulzar. What can you say about this man.It is hard to escape his sensitive words, be it in a story or in a song. If you have a heart and if you can understand his words, he will capture you. He will turn you into a slave, a slave who longs for his words. Gulzar for me epitomizes the best of indian cinema.

He has shinned in all departments. As a lyricist, screenplay writer and director. To put it simply he is a writer, poet for whom cinema is another medium like books to get his literary stuff to the audience. His stories and screenplay carry the same lyricism of his songs.Like a breeze, they cross you, leaving you with a few characters that you will carry with you, all your life.more 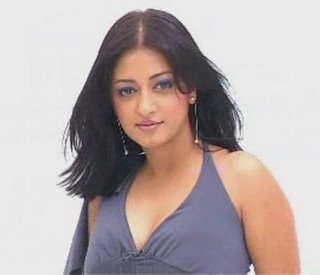 Long time back i wrote about this song called Ahankara Nagare.I found a good video copy of that song in itube.It was awesome.Here it is.This is one of my fav songs.This is not a mindless heavy beats stuff,check out the beautiful humming with the main hard female voice, the punjabi chorus,interludes.The song also it has instruments like flute which is used with an odd combination of RAP, Mellam , bangra dolls, then there is a tune that is kind of familiar. 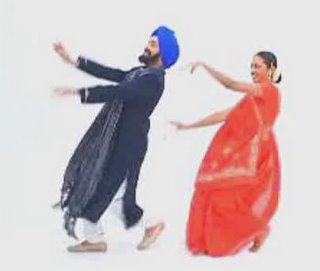 Randiu - Ahankara Nagare (Iraj remix)
check out the song here.
If u r having memory problem run in once and replay it again, the cached replay will be lot better. 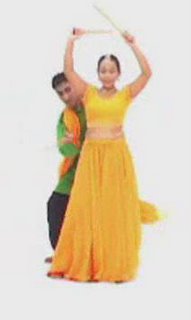 Thanxs to raj who gave the link to another song called ninaivugal, i went ahankara nagare through that.Ninaivugal is also a good song.check out ninaivugale here


There are lot of Baila country songs

jTown
Feels like some familiar song but a good one.
listen jtown here

Bathiya & Santhush - Kirikodu
A combination of Sinhalese and Tamil Vocals.
Listen kirikodu here
I would like see the video of Nethra, not sure whether that one is there in itube.

Ran Ran Ran
Ran Listen Ran Ran here
The video is pathetic.But the audio is an intresting number.Again a mix of tamil/punjabi/rap etc...

There are a few M.I.A albumns too in ITube.

Everybody have their hero's and heroines and for many of us the word hero's, heroines stop with the silver screen one's. But there are some real life hero/heroine's, who are far more inspiring than the silver screen ones these are hero/heroine's who are really really fighting the bad guys on the street for us.But some how they never get mentioned, they are easily forgotten. Here is one such Heroine.

I wrote about RTI(Right to Information Act) one of the most important law that was passed in recent times, last month. But this law didn't come just like that, there was a big struggle behind it. A struggle that started 13 years back. Lot of people fought for the law.

Santosh is a volunteer of parivartan who creates awareness among people about the RTI.Her involvement with Parivartan's efforts irked the ration shop owners. On 13th December 2004 , Santosh was assaulted by two boys in the office compound of Assistant Commissioner of Food (North East), when she was guiding some poor and illiterate people on how to get their ration cards made or names added/deleted in ration cards. She escaped, but she didn't budge she went ahead with her job of helping people.

But she wasn't lucky the next time.On December 30th,

Santosh who was on her beat of Sundernagari's streets was attacked again. An unidentified man, slashed her throat and disappeared in the crowd. People scooped their darling and raced to a hospital. As the tiny girl lay close to death, anger and impatience rose. After several days, Santosh came through, reborn as it were, heralding major changes in the country.

Delhi Chief Minister Ms Sheila Dikshit got pro-active and met Aruna Roy and Arvind Kejriwal to discuss ways to clean up the PDS. They decided to make Sundernagari a laboratory. A new Food Commissioner threw open the stock books for public scrutiny. Penalties up to Rs.5000 were announced. They had won. Kejriwal admits things have changed and people feel in control. Santosh merely smiles, an uncelebrated heroine ignored by the educated classes.more

Recalling the sequence of events, Santosh said, I was attacked for the first time on December 13, but I escaped with only my hair getting cut. I was again attacked on December 30, when a man tried to slit my throat. I have survived two attacks and the next time I may not be so lucky.more

Many people including former prime minister V.P.Singh condemned the attack and backed RTI.It is sad that someone like santosh should have to go through this.And the great thing about her is that she is still doing social work even after the attack.But even after all this she is largely unknown to the people.Thanxs to the media which is more worried about the health of amitab bachan and the new lip surgery of rajinikanth.I think at least we the Bloggers, should write & speak up for these kind of inspiring real life hero's.

As akshaya has put it in the comments section of the previous post.The argument is getting very complicated.when you read so many views on the same subject and if every one is talking sense then it does get complicated.But everyone should be aware of every other view points.Here are more thoughts...

Quota, quota everywhere, not a job in sight!

D'souza has provided links to his old post on reservation here.He put's out details of how the mandal comission recomendation where made here

Here is an article by arun shourie on social justice.

There seems to be lot of discussion happening on reservation in the blog world.The best is this one at acron.some very good points raised by vasu.

Two reviews, John cassavettes A woman under influence and Leni Riefenstahl's Triumph of Will up in International Movies.

I have posted a story in my story blog dreamweaver called oldgar house.This is not a straight forward story, it uses a metaphor.check it out.