I was surprised to see that mozilla is using .png extension image files.if you are wondering what .png is?.It is a lossless, portable compression algo.Firefox and opera are preferring .png over jpg and gif. 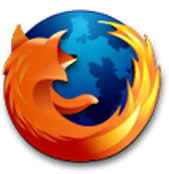 Check out the the next generation browser firefox.It has in built popup blocker,google search,is very secure and can open new windows in tabs(very useful for unofficial browsing in office hours).Lot of people or dumping Internet Explorer for FireFox join the bandwagon.Read more here FireFox 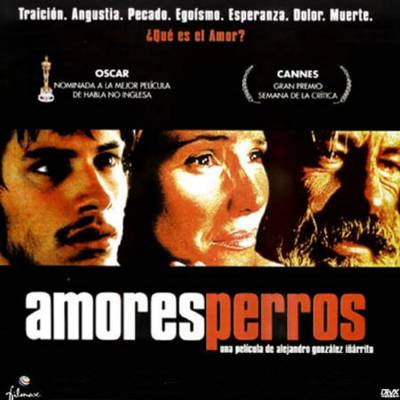 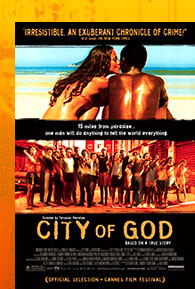 I saw the two movies because i heard Ayudha ezhuthu/yuva was inspired from these movies.Well "city of god" had nothing to do with maniratnam's movie.maybe the madhavan/abhishek bachan character was remotely inspired.Amores perros yes.The movie starts with an accident and then the threads go back to each person involved in the accident.So the supposedly one of the great indian director, does it again.

City of god is a beautiful movie.Its an exhilarating experience.The whole story is narrated form the view point of "rocket". Among group of young kids from the same neighbourhood, rocket is the only one who stay's away from violence.The story goes back and forth with series of events interconnecting each other.It is like different threads runing in a weaveing machine.even though unrelated at the start it interwoves to give a full beautiful design at the end.Its a very skillfully constructed film, great photography, gives u an adrenaline rush as if someone chased you with a gun in the streets of rio de janiero.The movie is loaded with violence,kids running around with guns,a 8,9 yr old forced to kill another 8,9 yr old, but the movie is sincere to the story line.

Amores perros('Life is a Bitch')

Again another intelligent direction, This oscar nominated movie lost to Ang Lee's "Crouching Tiger and Hidden Dragon".The cast includes Gael García Bernal (Y Tu Mama Tambien).The movie starts with a chase, which result's in a accident .Then it goes back to the 3 different story lines.Another commanality apart from the accident in all the 3 stories is that their life's is somehow affected by dogs. The movie runs for around 2 1/2 hours.but keeps the intrest of the viewer all along with lots of twists and turns in the story.Amorres perros stood up to my expectaions,have to see "21 grams" to see how hollywood has treated a similar story line.

Pain is short, Glory is forever

In a cricket crazy nation, so many other sport & sport personalities are not given there due respect.Here is one of those.Among the karnam malleshwari's and so many dopers.There is this one athlete who has showed what sportsmenship is and has showed all you need is a big heart.

From NewIndPress
ATHENS:It was the story of an Indian girl’s courage that found centrestage at the Olympic Stadium on Saturday. More than 75,000 spectators gave a standing ovation to heptathlete J J Shobha under the floodlights.

During the javelin throw, Shobha tripped her leading left leg on the arc, injuring a knee ligament. She was carried out on a stretcher writhing in pain. And just when everyone thought her Olympic dream had ended, she was back in the arena for the last event of the competition, the 800 metres.

She began the race with a heavily bandaged knee supported with splints, wobbled through the first lap, trailing the others by some 10 metres. But at the 500-metre mark it was total transformation as she appeared a woman possessed.

One by one she overtook her rivals and by the time she negotiated the last curve she was threatening to overtake all of them. In the last 50 metres she sprinted gallantly and managed to finish third in 2:17.28 for 918 points, close to her personal best of 2:16.40.

Interestingly, while the crowds were delirious by her act and clapping all through the race, the giant electronic scoreboard in the stadium flashed DNS (Did Not Start) against her name in the start list. This happened because the official doctors had ruled her out of competition.

``She can't even walk for a week at least,'' they proclaimed. But then the Indian resilience took over. Indian contingent doctor Arun Mendiratta took charge of Shobha and after some pain killers and bandages, made Shobha run again much to the surprise of the Greek medics. 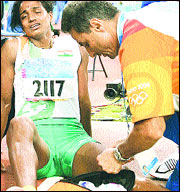 ``I never thought I could make it,'' a beaming Shobha said after the two-day grind of the heptathlon was over for her on a happy note. She finished a creditable 11th among 33 participants with 6,172 points in an event of the sort few Indians dare take part.

``If my knee had not given the problem, I would have improved my national record which I have missed by 39 points.'' the 26-year-old Hyderabadi athlete said.

After completing the 800 metres, Shobha lay sprawled near the finish line. And in a rare gesture, Kylie Wheeler of Australia, completely exhausted herself, pulled our girl up. They hugged each other and limped out of the track hand in hand.

On her way to the 11th spot, Shobha's victims included two Americans, two Germans, one each from China, Britain, Japan and Finland among others. Shobha finished 780 points away from gold medalist Carolina Kluft of Sweden, but just 252 points short of bronze winner Kelly Sotherton of Britain.